Don DeCramer is invested in the success of the First Homes program. During First Homes’ 15-year history, DeCramer has spent nine on the Board of Trustees—attending board meetings, meeting with community partners, and serving as a prominent voice for the availability of affordable housing in the Rochester area. In fact, affordable homeownership is a cause close to DeCramer’s heart and has been since he and his wife first moved to Rochester in the 1970s when he began working as an engineer at TSP in Rochester, and later as a Facilities project Manager at Mayo Clinic.

“I remember the night after my wife and I bought our first home. We signed the purchase agreement and lay awake most of the night thinking, ‘How are we going to pay for this now?’” he says. “I personally know what is it like to go through that process. I also have daughters that I have helped guide through it. Not everyone has the resources that were available to us. There are so many people in the community who could benefit from having a home they can afford.”

Ownership, stability, and a sense of pride are core values that are critical to a successful community. These, along with financial means, are also qualities necessary for homeowners. Throughout the 1990’s, however, there was a shortage of affordable homes in the Rochester area. DeCramer was involved in addressing this problem. That’s when First Homes was conceived and its mission of affordable home ownership for those in need was born.

“I had a conversation many years ago with someone in the Mayo Clinic Human Resources Department, who said their number one problem was finding houses that newly hired employees could afford,” says DeCramer. The housing shortage “hit home,” affecting the hiring process in his department. 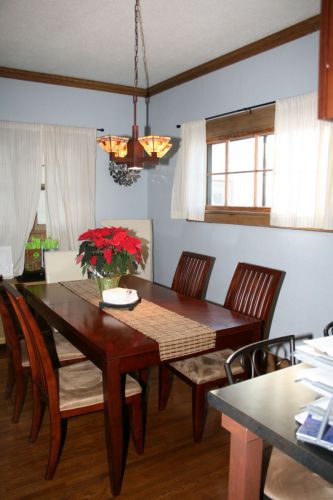 “It was a big problem,” he adds. That’s why he accepted a role with the Community Housing Partnership (CHP) in the late 1990s. With Mayo Clinic financial support, CHP started restoring four blighted homes in the Kutzky neighborhood. CHP did not have the staffing capacity for the renovation of blighted homes, so many of its responsibilities were transferred to the newly created First Homes program. First Homes, together with the Rochester Area Foundation, gathered builders and community partners to raise $14 million to continue addressing Rochester’s lack of affordable housing.

Through the Heritage Homes initiative, First Homes purchased and renovated foreclosed and blighted properties in the downtown core neighborhoods of Kutzky, Slatterly, and Eastside. It also began new housing construction on the edge of Rochester and in surrounding communities. These homes were then placed in a Community Land Trust, allowing them to be sold at an affordable and restricted purchase price buyers with moderate incomes. “It is important to build equity and have an asset you can claim, as opposed to renting for long periods of time,” DeCramer says.

The Community Land Trust makes it possible for people to make payments for their home that are less expensive than the market value. This is much different than Section 8 housing, in that those in the program are not receiving public subsidy. First Homes residents own their home, pay property taxes, and make payments to their bank just as any other homeowner. “The transformation that the Heritage Homes initiative has had on the core neighborhoods has been incredible,” says DeCramer. “It’s important to work toward the ‘tipping point’ in each neighborhood, where renovation and upkeep will carry over to homeowners not involved in the First Homes program. First Homes was the catalyst for neighborhood change and people have a better feeling about their neighborhood than they did 10 years ago.”

Looking forward, DeCramer is confident about the program’s future. First Homes has wonderful community support and continues to have discussions with Olmsted County about the future housing needs of the area. Olmsted County, First Homes and the Rochester Area Foundation held a 2013 Housing Summit that was a great venue for all parties involved. DeCramer knows First Homes still needs to raise funds to expand the number of available homes but says it is a proven model that has been successful.

“Many people don’t understand that First Homes properties actually serve multiple families rather than just one. They are part of a program designed to last long after we are gone,” he says. As for the future, DeCramer believes the key to success downtown is mixed rate rentals. A mix is the key. “Projects can be integrated to suit market and affordable rates,” he says. “Along with business and entrepreneurial startups in our downtown area, if you can build some of that and place housing up above it, while renovating the historic core areas, that is win-win for the community.”